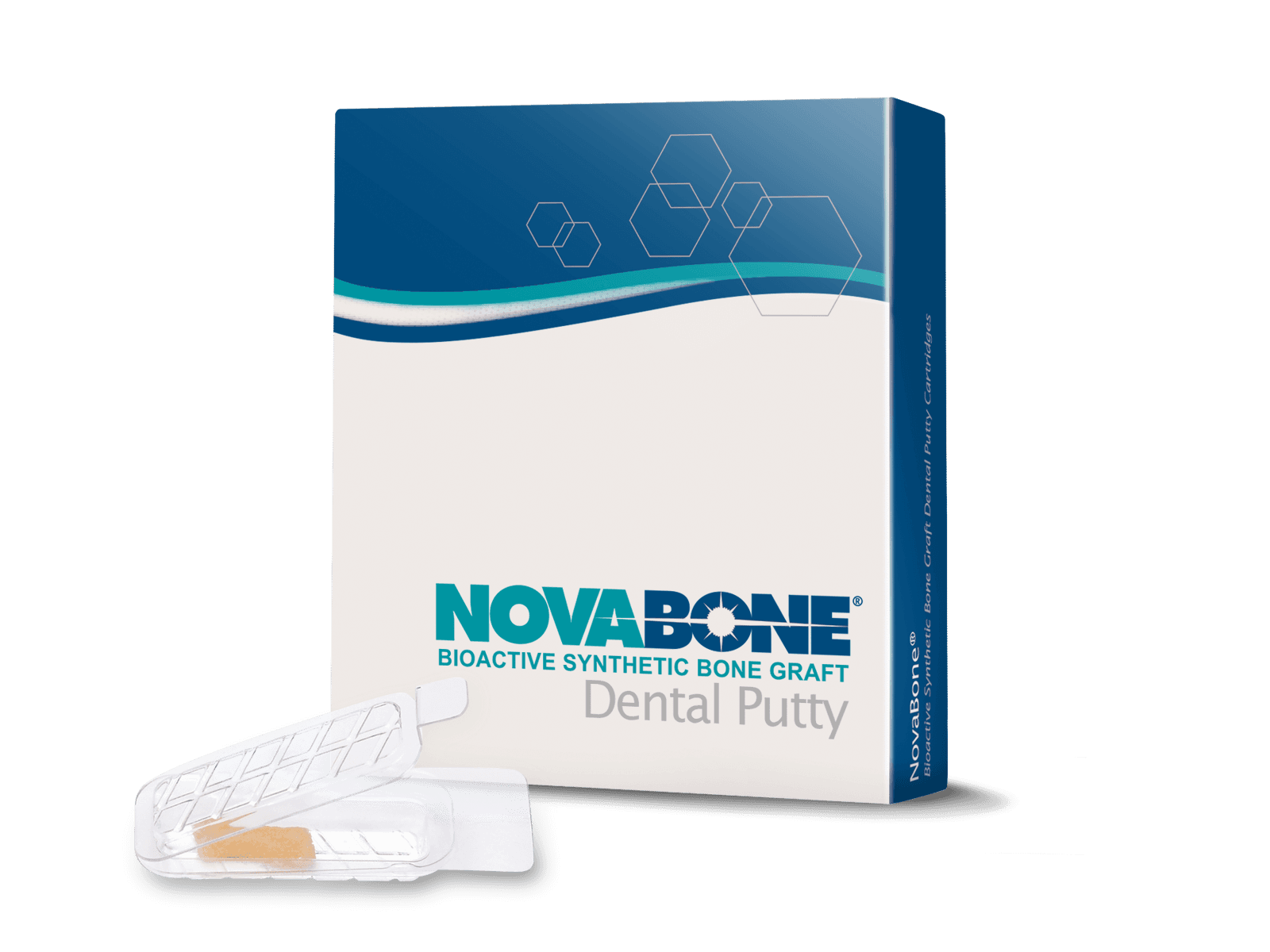 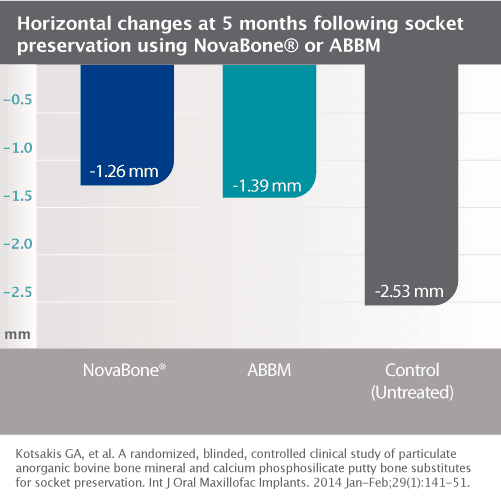 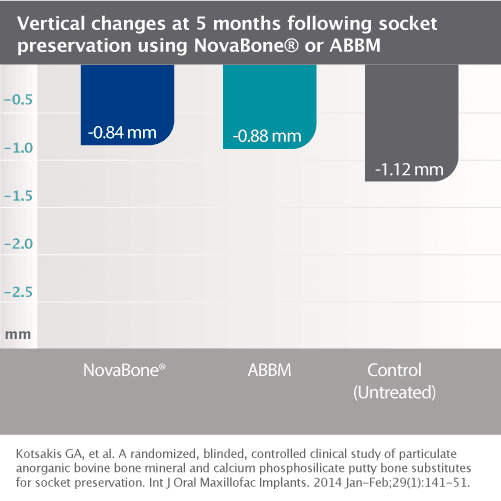 Unique Formulation
NovaBone® Dental Putty is 100% synthetic and fully resorbable. It is composed of calcium phosphosilicate (CPS) particles in a bimodal size distribution combined with a polyethylene glycol and glycerine binder. The binder improves handling and aids in maintaining the space between the particles, which facilitates revascularization after implantation. The bioactive CPS component makes up 70% of the putty by volume. Upon implantation, the water soluble binder is absorbed within 24 to 72 hours, creating a 3-dimensional porous scaffold that facilitates diffusion of blood and tissue fluids through the matrix. The smaller CPS particles (32-125 μm) are more rapidly resorbed, providing the initial burst of Ca and P ions. Subsequently, the larger particles (90-710 μm) react, and being more resistant to resorption, continue the process of bone regeneration.

Osteostimulative & Osteoconductive
Unlike most synthetic grafts that are only osteoconductive, bioactive NovaBone® Dental Putty also has an "osteostimulative" effect. After implantation, surface reactions result in absorption of the graft material, a controlled release of Si, Ca, and P ions, and concurrent new bone formation. These surface reactions result in an osteostimulative affect, defined as the stimulation of osteoblast proliferation in vitro as evidenced by increased DNA content and elevated osteocalcin and alkaline phosphatase levels. In vitro gene array analysis has confirmed that when human primary osteoblasts are exposed to extracts of CPS, upregulation of several gene families occurs.

Handling
NovaBone® Dental Putty significantly simplifies bone graft handling and delivery. It is ready to use and extremely user friendly. It is pre-mixed, cohesive, moldable, and adaptable. NovaBone® Dental Putty is stable at room temperature, does not require refrigeration, has a 4-year shelf-life, and appears radiodense on radiographs. 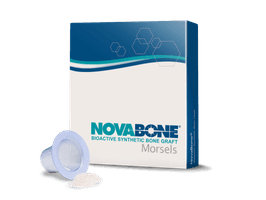 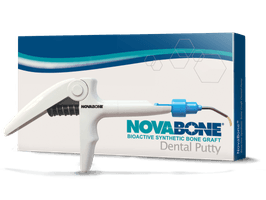 Subscribe to get 10% off your next order + updates on:

Subscribe for news, deals, and an exclusive 10% discount off your next order